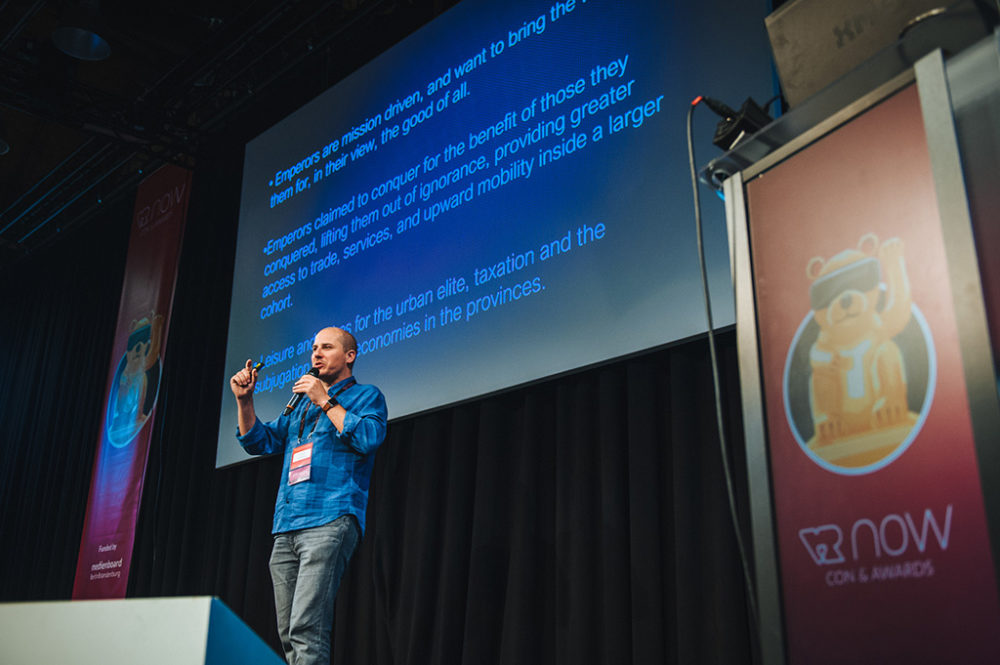 Our Program Director Tim was in China. Instead of inviting you to a slideshow and bore you with 657 unselected snapshots, we only post a few.

Tim at the Asian New Media Film Festival in Shenzhen, China. Tim speaking with other experts on a panel about storytelling in VR in short pants because British Airways has indefinitely lost his baggage (though he still believes he gets compensated fairly). Tim in front of his signature, proud as a peacock at the award ceremony in Macao. Tim with fancy sunglasses in front of the HTC ViveX HQ. And a stereotypical aerial view with a fancy blue hipster photo filter. This was an important step to curate the program of the VR NOW Con & Awards. Mark your calendar: 15-16 November.